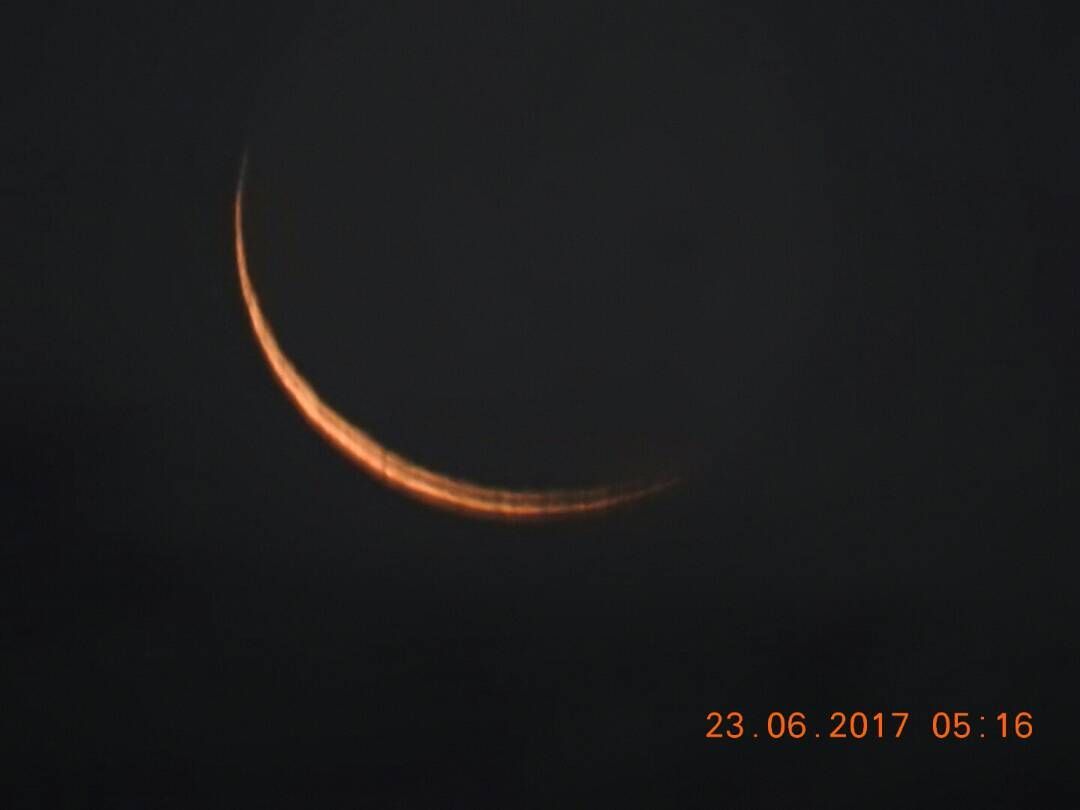 Brunei 7:29 PM PST
Brunei to celebrate Eid-al-fitr on Sunday. Thousands of people pour in streets to buy sweets and gifts.

France 8:02 PM PST
Moon sighted in France, Eid-al-Fitr to be celebrated on Sunday.

Kerala, India 8:46 PM PST
In India, a coastal state of Kerala is all set to celebrate Eid al-Fitr tomorrow as moon was sighted in the state. Along with Kerala, the moon was also clearly visible in Mangalore.

Lebanon 9:25 PM PST
Moon has been sighted in Lebanon and now with this Eid will be celebrated tomorrow.

Somalia 9:26 PM PST
Moon has been seen in Somali and with this, it will celebrate Eid tomorrow.

Australia 9:45 PM PST
Few minutes ago Eid Al Fitr has just been announced by National Imams Council of Australia, Khaleej Times reported. The announcement has been made officially by the Grand Mufti of Australia, Dr Ibrahim Abu Mohammed on his Facebook page.

Qatar 9:51 PM PST
Eid al-Fitr will also be celebrated in Qatar which has been facing diplomatic pressures from the GCC countries.

Palestine
On Sunday, Eid al-Fitr will be celebrated in Palestine.

Guyana
The Hilaal for Shawwal was observed by 2 members of Rose Hall Town Masjid in Guyana after sunset on Saturday, 24th June, 2017 and it was also observed in Essequibo, Guyana. Hence, Eid Ul Fitir will be in Guyana Sunday, 25th June, 2017.

Indonesia
The Ministry of Religious Affairs of the Republic of Indonesia in the Sidang Isbath decided that Shawwal 1st, 1438 A.H starts on Sunday, June 25, 2017.

Paraguay
The Hilaal for Shawwal 1438 AH was seen today Saturday, 24th June, 2017 after sunset in Paraguay.

Spain
Islamic Commission of Spain, announced that Sunday, 25 June 2017, is the first day of Shawwal 1438 and Eid ul-Fitr.

@Veer where is my CAnada??

Twilight said:
where is my CAnada??
Click to expand...

Just 8 minutes ago, Crescent Committee of Canada has confirmed Eid ul Fitr 2017 is on Sunday 25th of June, 2017

Eid Mubarak @Veer how come u find out so soon

Tuesday at 10:16 AM
internationalmedia
I

Saturday at 2:30 AM
Saad Sheikh