How Turkey will be free after 2023? Will the Ottoman Empire be rebuilt? What is Treaty of Lausanne?

How Turkey will be free after 2023? Will the Ottoman Empire be rebuilt? What is Treaty of Lausanne?

Treaty of Lausanne, (1923), final treaty concluding World War I. It was signed by representatives of Turkey (successor to the Ottoman Empire) on one side and by Britain, France, Italy, Japan, Greece, Romania, and the Kingdom of Serbs, Croats, and Slovenes (Yugoslavia) on the other. The treaty was signed at Lausanne, Switzerland, on July 24, 1923, after a seven-month conference.

The treaty recognized the boundaries of the modern state of Turkey. Turkey made no claim to its former Arab provinces and recognized British possession of Cyprus and Italian possession of the Dodecanese. The Allies dropped their demands of autonomy for Turkish Kurdistan and Turkish cession of territory to Armenia, abandoned claims to spheres of influence in Turkey, and imposed no controls over Turkey’s finances or armed forces. The Turkish straits between the Aegean Sea and the Black Sea were declared open to all shipping. 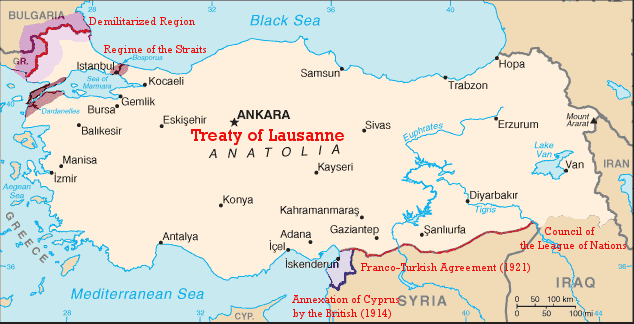 O
Invitation to My Video Game

D
my visit of Dalaman Turkey